Shanghai Greenland Shenhua head coach Cui Kangxi attended the post-match press conference against Henan Jianye. He said: "Thank you for your perseverance; the problem of Chinese players' dependence on foreign aid needs to be overcome." 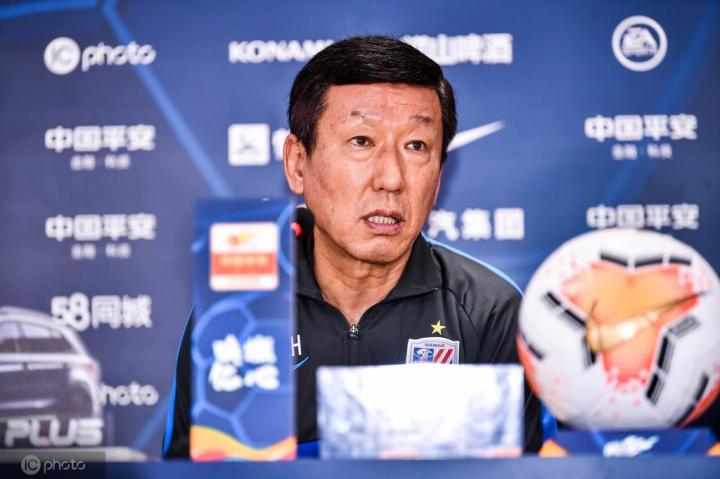 "Since Jin Xinyu was injured, the team has encountered all kinds of difficulties. But the team has come to today with energy and tenacity step by step in difficult times. This is why we were able to enter the top four. I am also very grateful to the players. I will make adjustments in the next period of time, and hope to play well in the future."

"Looking back at the 14 games, there were regrets and good performances. We really regretted Jin Xinyu's injury and some foreign aid issues. At the same time, I also saw the changes and progress of the Chinese players, which is a positive side. Although we played 14 games and didn't win much, but we didn't lose too much. We persisted one by one, which is also a performance of tenacity."

"Looking at the competition system, this is also determined by the general environment. It is good to be able to finish the game. It is good for the players and the staff. It is very hard to work hard in such an environment. There is no alternative."

"Bi Jinhao is playing very well now, maybe Jin Xinyu will have to substitute him when he comes back."

"This problem is also something that I feel more deeply after coming to China. Whether it is training or competition, Chinese players rely very heavily on foreign aid. This is a problem that needs to be changed. Chinese players can only be better if they no longer rely on foreign aid. Only the development of Chinese football can make Chinese football develop. There are also such problems in Shenhua, and there is also a better side. However, if the whole wants to be better, we need to continue to overcome it. Now every game is in a hurry. As the head coach, I have some policies. There is no way. But we will overcome the problem game by game."